This is an updated and extended how-to, in which I will explain how you can install VMware Server 2 on the Netgear ReadyNAS PRO / 3200 / 4200 platform:

It applies to the following versions:

First of all, let’s prepare:
1. Upgrade your ReadyNAS to the current firmware release using the Frontview control panel -> System -> Update -> Remote -> Reboot.
2. Decide on where you want to put your virtual machines, I decided to put them on a share of their own which I created. I called it “vm”. Create this share via Frontview. This makes sense in so far as VMware will create the files for virtual machines with “root” privileges, meaning only the root user will have access to these files via SMB or other access methods unless you reset share privileges via Frontview.
3. Decide where you want to put the ReadyNAS source code and VMware installation packages. I chose the already existing backup-share.
4. Install the EnableRootSSH addon to gain access to the ReadyNAS via SSH. You can download this add-on here: http://www.readynas.com/download/addons/x86/4.2/EnableRootSSH_1.0-x86.bin and install it via Frontview in System -> Update -> Local. Reboot.
5. You will need an ssh client such as putty.
6. You will need to register an account on vmware.com to download the free VMware Server. Get the i386 package, not the 64-bit package. This guide was compiled against version 2.0.2-203138.i386

Now let’s get started:
With putty, connect to your ReadyNAS and login as the “root” user. The password should be the same as your FrontView admin-password. You are now at the command prompt for your NAS.

#This will install the necessary Linux components for compiling your kernel and VMware server. There will be a prompt if you really want to install these packages, as well as a prompt that a few packages could not be authenticated. Answer both with YES.

#Then let’s change into our work directory:
cd /c/backup
#We are now on the backup share. All shares you create via Frontview will be created within the directory /c/. Avoid using other Linux paths as they probably will be on the system partition of the NAS, which is only 5GB. It is not a good idea to have that run out of space.

#We will need to tell Linux that we compiled a new kernel and its associated modules, as well as where to find it. For this we make a symbolic link:

#There has been a slight change in symlinks with kernel 2.6.32 onward which requires us to create two additional symlinks. Without these, VMware setup won’t work later on:

#Now we need to install some patches for VMware server to make it compatible with our kernel version:
wget http://risesecurity.org/~rcvalle/VMware-server-2.0.2-203138-update-2.patch

The following is taken from Ramon de Carvalho Valle at rise security (http://risesecurity.org/2010/04/02/vmware-server-2-0-2-update-patch-2/). Thanks to him for creating the patch.

#You will get several prompts now which you can all accept at face value except for one: You *must* change the default value for where to put the storage for virtual machines to a path within the /c/ directory. For this I prepared my “vm” share. Hence, I changed the path to “/c/vm/”. This is to make sure your virtual machines won’t kill the system volume of the ReadyNAS.

End notes and limitations:
Thanks to chirpa at the ReadyNAS forum for helping with my questions about the kernel and GPL package and for supplying me with early access to the GPL resources.
Enjoy.

Known limitations:
– The VMware server webinterface seems to have its issues on browsers other than Internet Explorer. I recommend you install the VMware Infrastructure Client to access the VMware host and its virtualised guests.
– Sometimes if you manually restart the VMware services by running “/etc/init.d/vmware restart”, the virtual network service does not want to properly restart. This requires re-running the configuration script “/usr/bin/vmware-config.pl”. 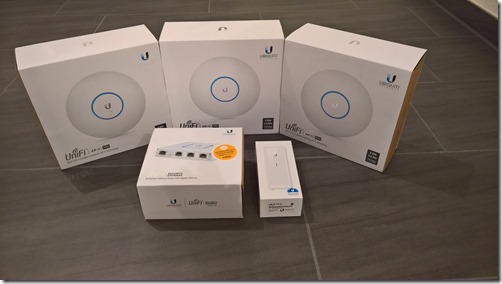 Itâ€™s been a busy year and some of the things Iâ€™ve been involved in warrant writing about. So here we go! Weâ€™ve moved to a new home and itâ€™s been

If you’re in IT you certainly know this scenario: There’s something in your environment you just can’t get to work the way you want, you’ve spent countless hours reading documentation,

Sorry, no Tweets were found.